City lights reflected in the Monongahela River. The family was in town for Michael’s rowing event.

Homestead Grays Bridge, built in 1936, was formerly called the Homestead High Level Bridge. I Pulled into a parking space to shoot the underbelly Wednesday night. The blue light against the night sky. The bridge spans the Monongahela River but this part is over the Waterfront shopping area.

“It is notable as the first bridge to incorporate the Wichert Truss, which uses a quadrilateral shape over each support, into its design. This made the truss statically determinate, so that forces in the structural members could be calculated.” Wikipedia

A 2017 blog post I did of bridges going over the Monongahela shows a different view of this same bridge.

St. Mary of the Mount in the upper right, the arch of the Ft. Pitt Bridge, a line of lights along Grandview Avenue to the towerlight on the left.

Becky B continues to inspire #Januarylight posts across the blogosphere with her challenge.

Mill firelight on the Monongahela River.

For the #JanuaryLight challenge 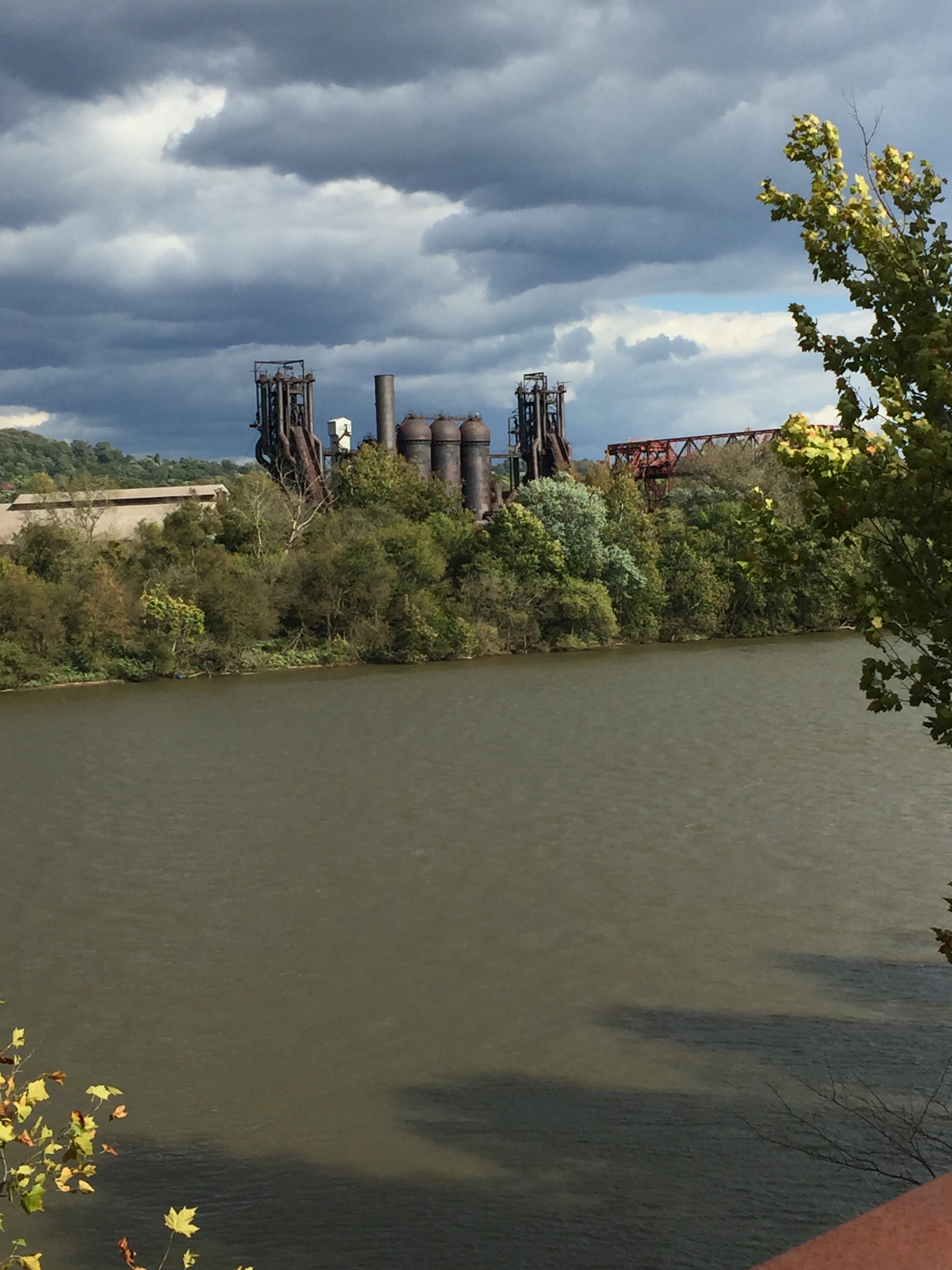 Dramatic light on Carrie Furnace taken with cell phone from The Rivers of Steel Pumphouse Lot.

and a groundhog I disturbed  while photographing the sign. The Monongahela River looked chilly.

On the Monongahela River Sunday evening.

It’s water under the bridge (s), the water being the Monongahela River. I lost count of the number of bridges we sailed under.

Rivers of Steel Photo Cruise on the Mon. During the 2 1/2 hour Riverboat Cruise we had rain, clouds, thunder, lightning )where we had to go inside the boat) and then a sliver of sun briefly, ending on clear skies.