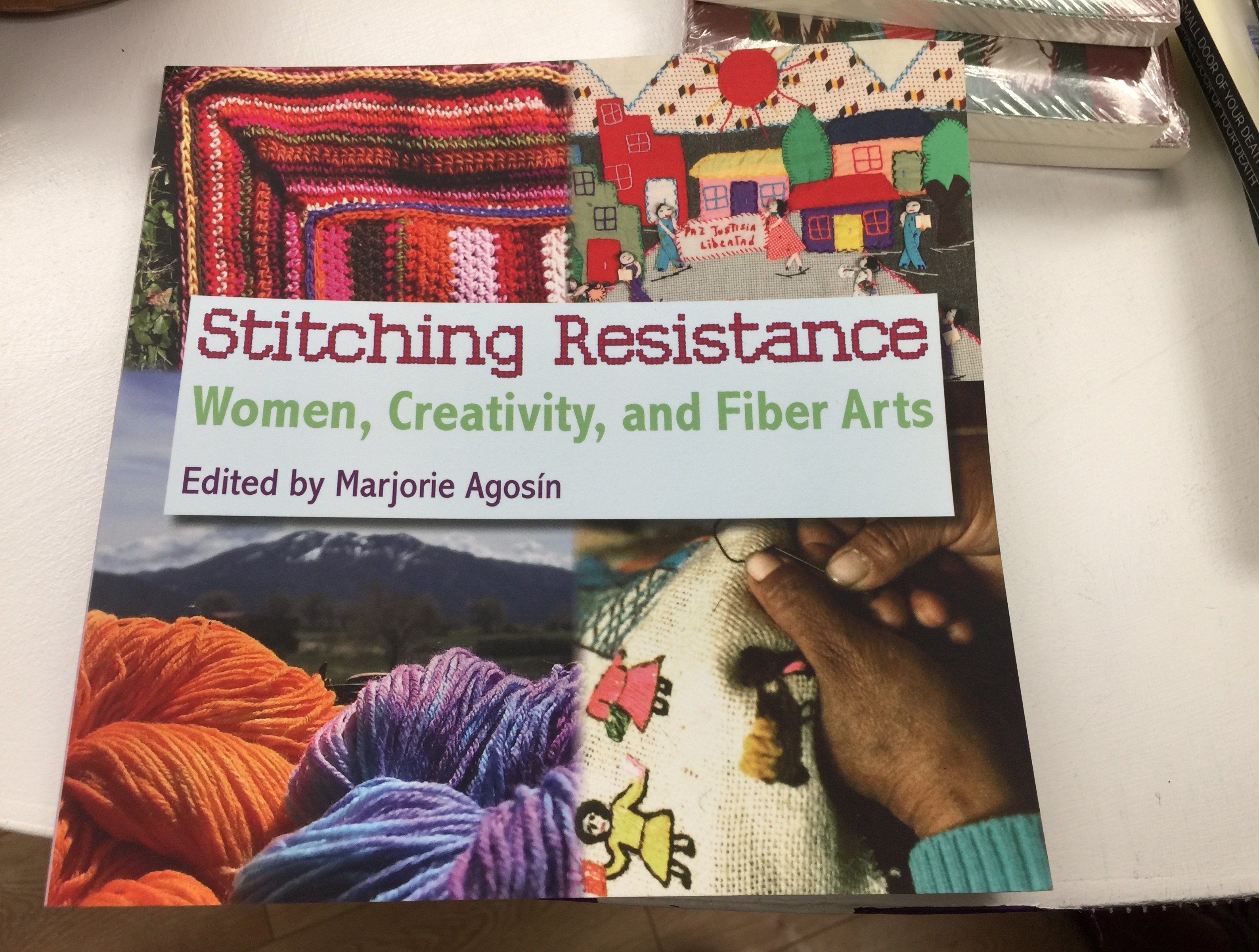 I was looking for a Throwback Thursday photo and found this black and white shot of the city at night. Light Up Night is in November, the Friday before Thanksgiving and you can see the effort to light up the city with every available watt. I’m pretty sure I could take a better image now so will try to retake this coming November 2019.

Shot from the Duquesne Incline Platform 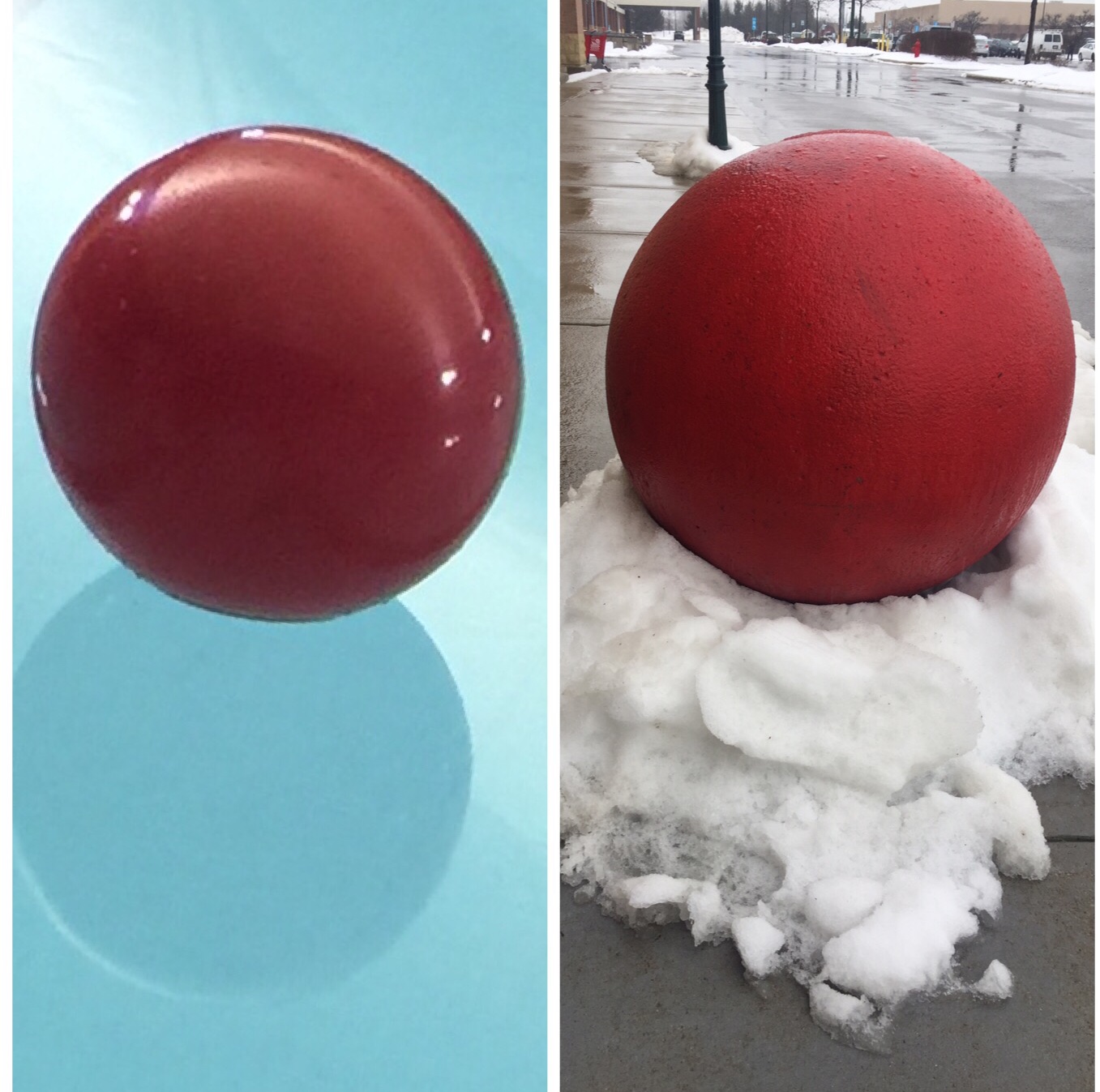 The snow has melted now and I’m back in the Burgh but thought these two pics illustrated light and heavy.

Yes, an unexpected bunch of bananas. We were driving down to the swim meet to watch Jack and Maura and my grandson Michael spotted a bunch of bananas in the grass. I said “quick, take a picture of them” and he did.

So Michael is the guest blogger today with the bunch of bananas he spotted and captured with the phone. 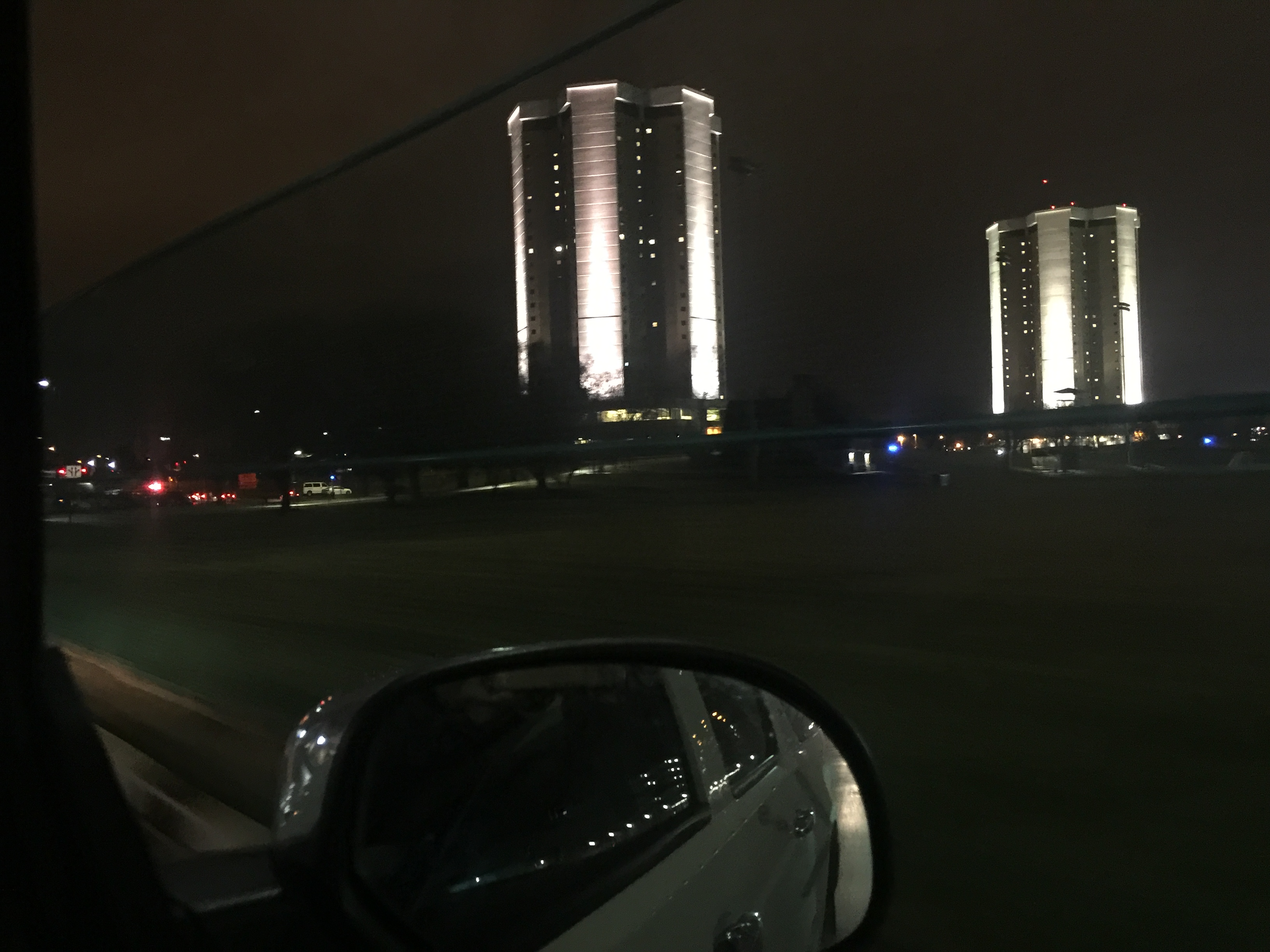 When we were driving past the Ohio State U  dorms this morning, on way to the swim meet, Jack asked which one did Steve live in when he was a student? We’re talking decades ago. They are still standing.   I had to ask Steve later.   The answer was freshman year he lived in Morrill Tower.  Now ask me which tower is which. I tried to figure out with the help of a campus map online. But I got pretty turned around. They look identical to me.  Here we are driving by (I was the passenger) after the swim meet. Still undergraduate housing from what I can find online  Steve lived there in the late seventies. A color photo that looks black and white. 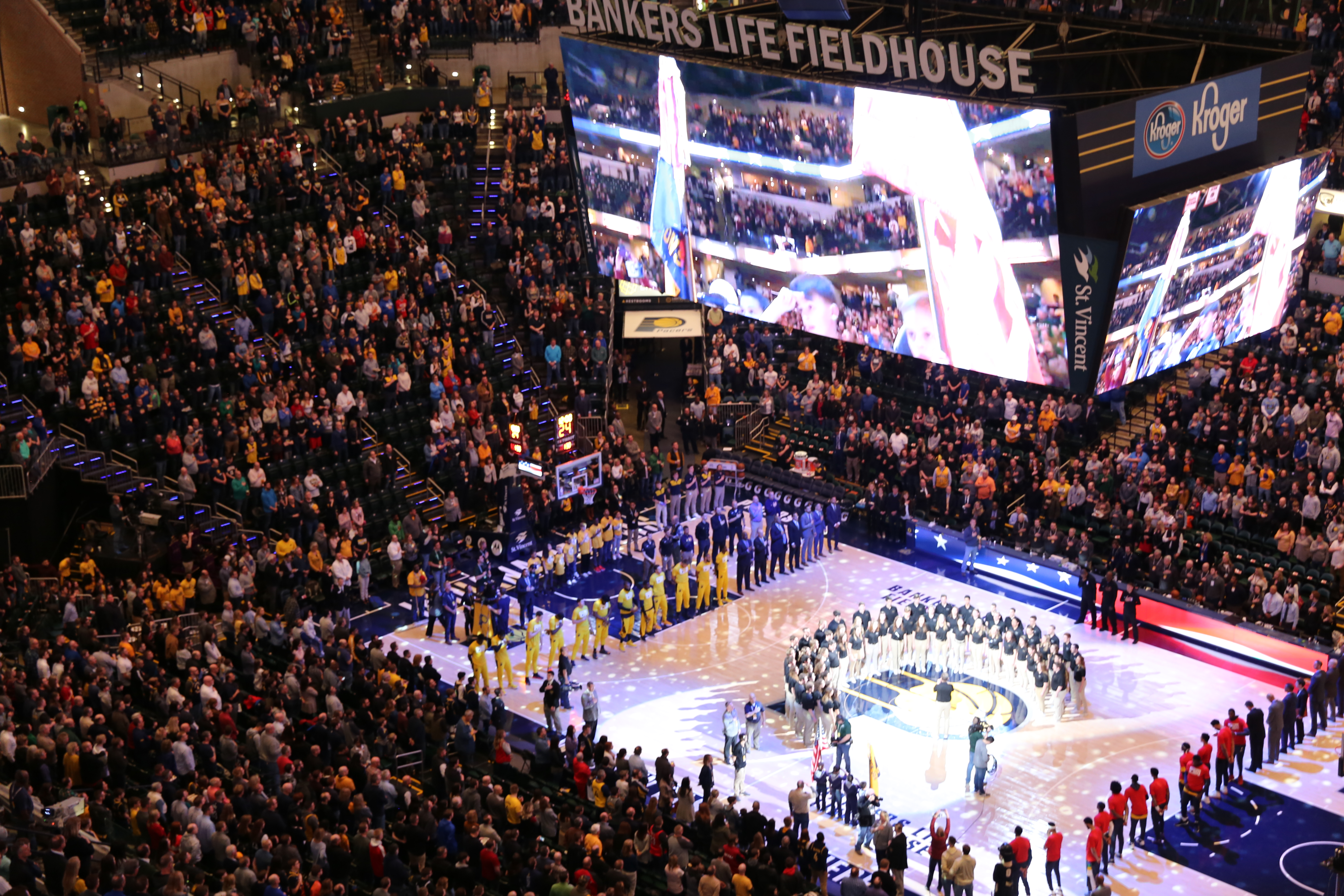 My grandson Michael and his teammates got the opportunity to play on the professional basketball court on Friday afternoon. We took a bus from Columbus Ohio to Indianapolis Indiana and the Indiana Pacers and Bankers Life Fieldhouse staff were most welcoming.  Since I don’t have permission to post the Middle and High Schoolers photos online, I am showing the Purdue University Choir singing of the National Anthem before tip-off of the Pro game we watched Friday evening. The Pacers played the Pelicans. (click the bold for game recap)  Marquette grad Wesley Matthews scored 15 of his 24 points in the third quarter.  Very exciting to watch him tie it up and then go ahead after the Pacers lagged behind for the entire first half of the game. Pacers won 126-111. 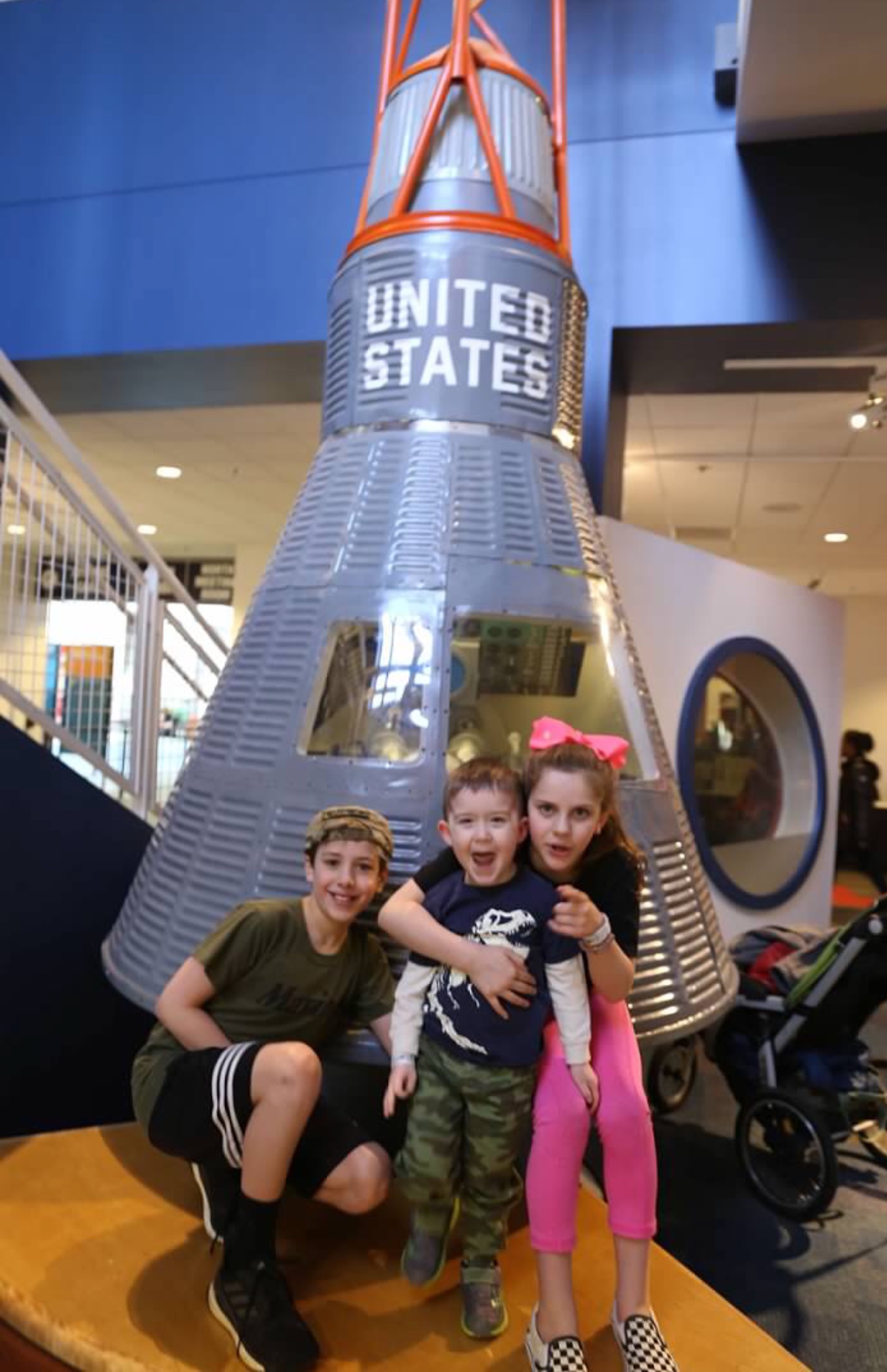 Jack Maura and Charlie had fun Thursday afternoon at 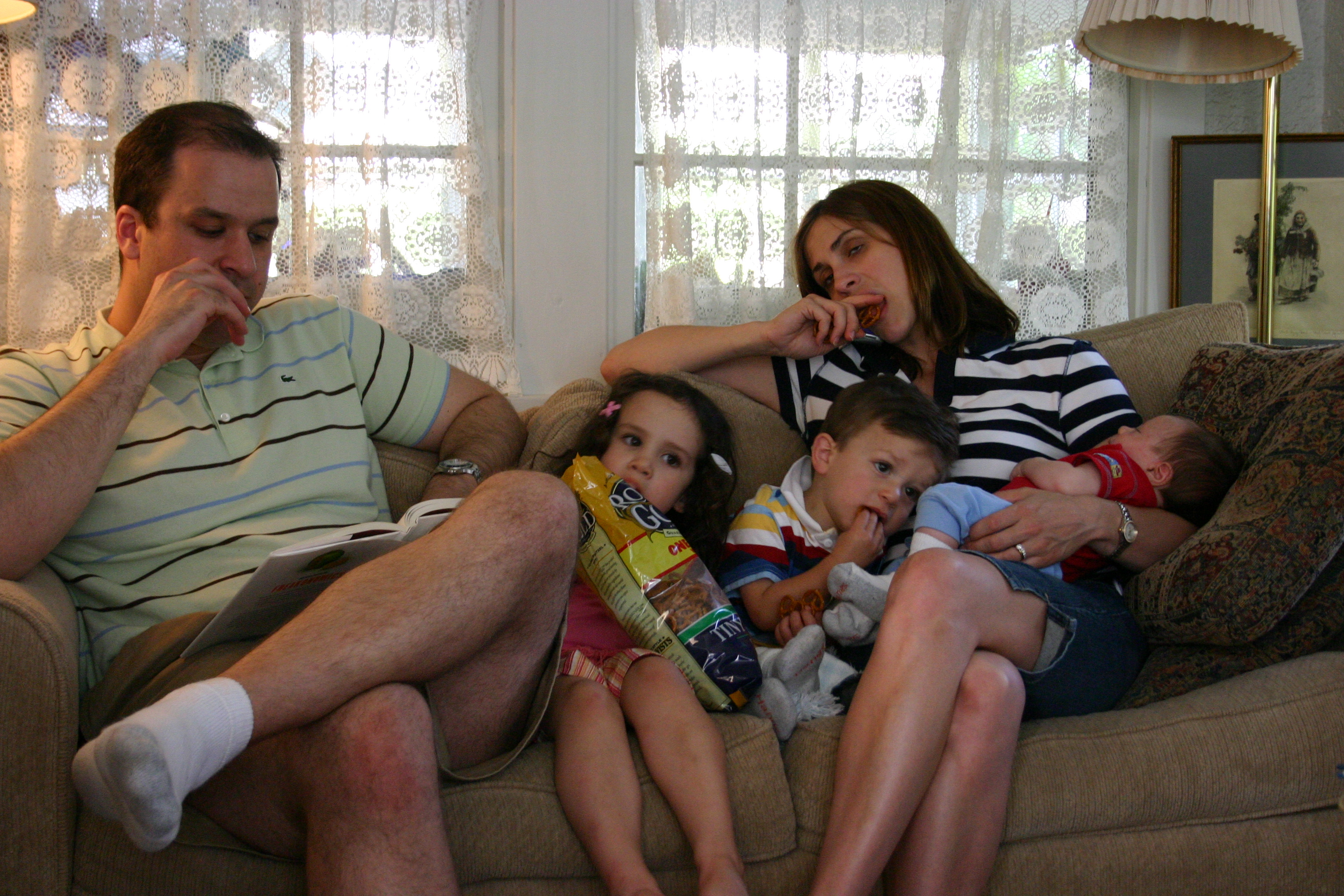 Thanks for all the comments.  I appreciate your responses. It seems an issue I have trouble fixing.  Now the WordPress Bloggers have to sign in?  Oh my.  It should not be a pain to leave a thought or good word.

Throwback Thursday. One of my favorite family photographs.  Mark reading while  Erika’s holding baby Jack and Anna and Michael. Before Maura was born.  We were on a road trip in May 2007, staying at our friend Joanne’s home in Omaha, Nebraska. 782 miles from Columbus to Omaha in the minivan, that’s one way.  I sat in the back with the kids and was the Granny Nanny while Mark (and sometimes Erika) attended meetings at a convention. The word of the week this would illustrate might be Exhaustion.  Oh, that’s right, they don’t have the word of the week anymore. 🙁 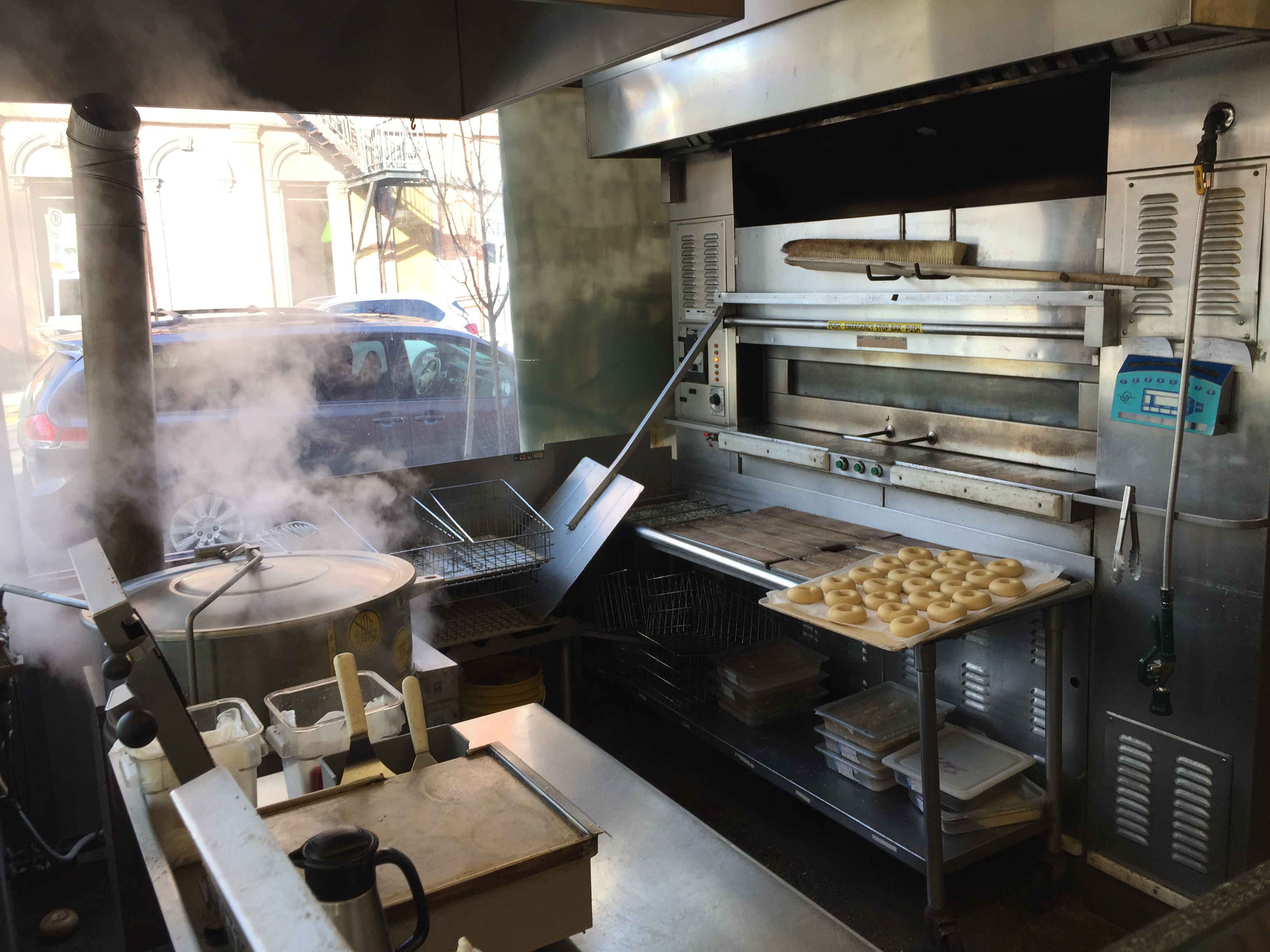 A test request:  Can you leave a word or two in the comment section today so I can see how EASY- Difficult or IMPOSSIBLE it is to leave a comment if you are not a WordPress Blogger.  I have heard from at least two regular commenters that it is not easy to do so.

Nobody has time to experience a hassle.

The WordPress Elves may have “improved” something in the comment section of the blog. Thank you.