from the wedding and anniversary archives

A valentine collage of some of the couples I’ve had the privilege to photograph on their special days, capturing them loving one another.

You may have seen the wedding photos after the wedding on November 12, 2011 but Mother of the Bride can’t be the photographer, too. 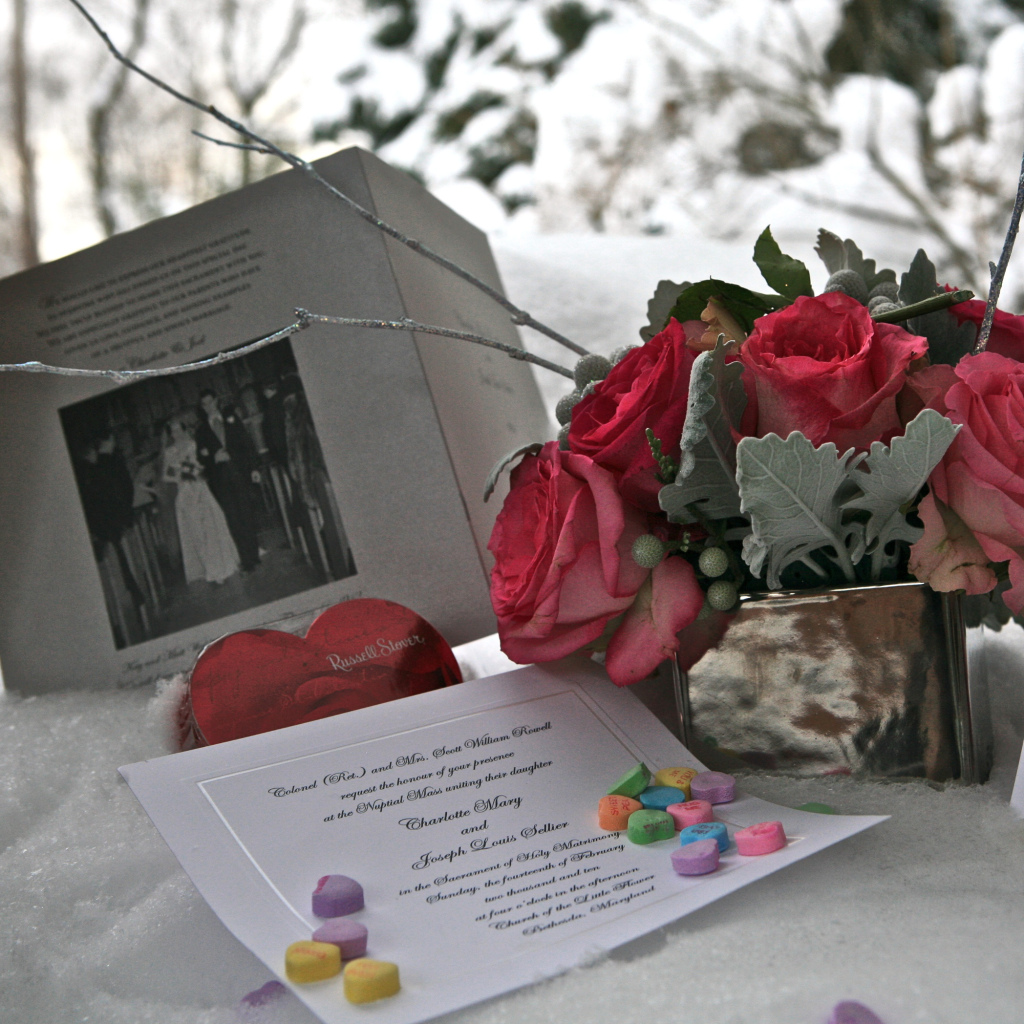 Happy Fourth Anniversary Charlotte and Joel. What a beautiful wedding it was….married on her Grandparents’ Valentine Wedding Anniversary. So romantic.

On the church steps of Immaculate Heart of Mary in Polish Hill Pittsburgh PA.

A cool day today.  Not so on the actual wedding day 11 years ago. We went to 4 o’clock mass with the family.

My son Mark and his bride Erika and  Anna, Maura, Michael and Jack, on the church steps.

Happy First Anniversary Laura and James. It was a happy wedding.   There’s a list of traditional and modern wedding anniversary gifts for each year here.   I knew that the first anniversary was paper.

Laura took this photo of the paper items I sent to them to mark the occasion. James said he came home from work to find some large boxes on their front porch and had no idea what was in them.  I know I had fun thinking about sending the paper products and figured it would be a gift that would get used. Actually, used up!   Shipping was free!

James had the idea to call me on SKYPE and here they are at home talking to me.

Last week at breakfast in Columbus at First Watch

When my family left my house to return to their home in Ohio, they made a stop before they left the city.

Here’s what I received on my phone.

The four children and Murphy seated on the steps of Immaculate Heart of Mary in Polish Hill.

Anna (8+) photographed her parents on the steps. She has wanted to be guest blogger for a time.

And here is the whole family sitting on the steps of the church where they were married a decade ago.

At their reception I photographed Mark and Erika dancing at The Lamont- with FILM – ten years ago.
Now all I shoot is digital. I bought my first digital camera just before Anna was born- 10-10-2003.

Happy 39th Anniversary Marlene and Donald! Send me a wedding photo to add to the church shot. My DIL’s parents were married here in Swissvale PA on June 2, 39 years ago today!!