In sweeping up some leaves, a stitch marker turned up by the pile.

You never know where they’ll appear. Between couch cushions, too. Have yet to find one in the bottom of any bowls of soup!

After I posted, I saw on IG The Crafty Jackalope in Vancouver BC, asked followers to “Tell me you’re a knitter without telling me.” She had posted a photo of yarn hanging out of a car door. I messaged her this photo I took yesterday and she sent back a fun emoji!

Note: Last night I was adding Veterans photos to the Veterans Gallery and creating a new blog post for Thursday slipped my mind. If you’d like to see the new additions, here’s the link to the Gallery

Rich golden fan shaped leaves make the Gingko a stand out this time of year. My sister sent NYC gingko pics snd I had taken one I’d taken here in Pittsburgh.

Saturday morning photos, hint of the frost before the sun hit.

Autumn leaves in photographs. Autumn light.  We’re waiting for the red, yellow and orange colors to arrive. So far we’ve got mostly brown. Waiting for the frost

The leaves in the photographs give a lot of information to the viewer.

Somewhere in a box of old pics I have a photo of the kids with a backdrop of fake autumn trees and birches. I wish I could find it. It’s corny but fun. These photos have real leaves in them.

so if you’re thinking of taking pictures in leaves get ready. Here’s a link to Autumn in Pittsburgh four years ago 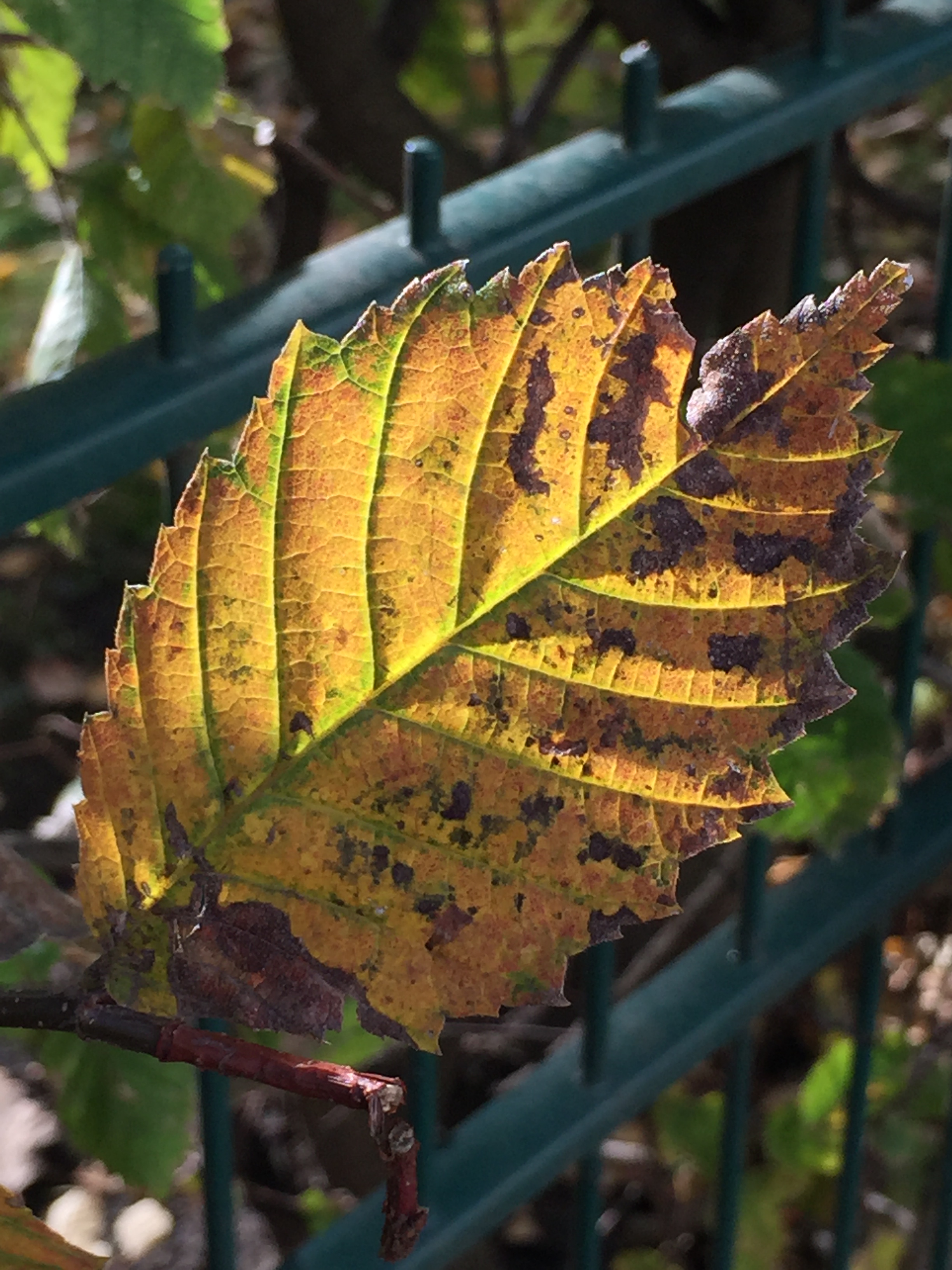 A few plants and a conifer, too. From the Schoenberg neighborhood.